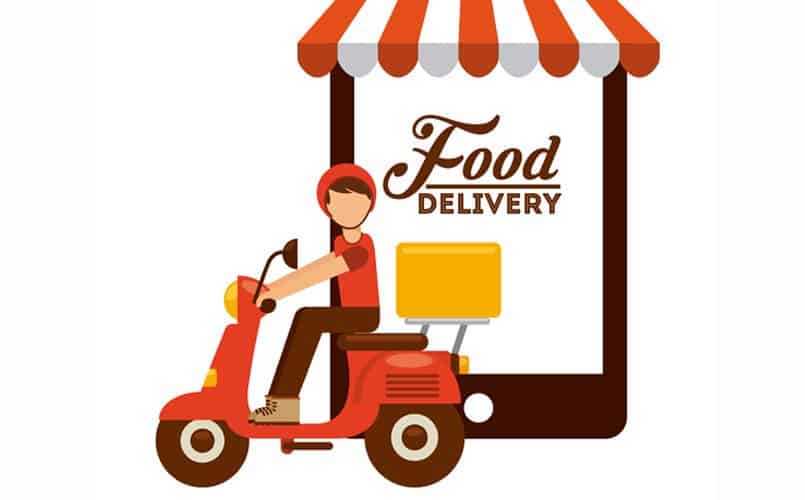 Leading E-commerce player Flipkart is reportedly gearing up to give Food Delivery Business Arm a second chance. It is the same vertical where Flipkart’s Hyper Local Service Nearby faced many setbacks and heartburn in 2015 , it had to take a tough call within five months of launching its  app in order to experiment grocery delivery business in Bengaluru and pulled the plug by shutting down Nearby in last week of February 2016.

After a whole year of testing and understanding the reasons behind the earlier failure, Keeping all those unpleasant experience behind it, Flipkart is looking forward to scale up its Food delivery handle and deliver you meal. Flipkart already began running its pilot version in Bengaluru.

Flipkart intends to target nearly thousand orders per day by March 2017, currently it is getting somewhere between 130-190 orders per day. The head of flipkart’s logistic arm Ekart, Saikiran Krishnamurthy says ‘’ Food Delivery is a different ball game’’ he also added that Point to Point delivery system is a challenge where you don’t get economy and less scope to scale that’s why they are not just leveraging the current technology it had built in past for Grocery business Nearby, they aspire to build a new level of technology and intelligence which is completely different and when needed it will be on place. As majority of Online purchases are done on weekends or Fridays and online food orders peaks on Holidays, Flipkart is not alone looking for measures to optimize its operating and logistics cost but considering selling to kiranas and hotels like Big basket.

Are we going to see another Flipkart vs. Amazon, in food delivery business?

On the other front Amazon India which also launched in food delivery business in Bengaluru is currently not just restricted to Grocery and family essentials but regular food meals too, they are confident to deliver at your doorstep in 2 hrs, they are offering 15% off and store offer to attract new users to skip the trip to their local stores.  Amazon has partnered with Big bazaar, Food world, Spar Hypermarket, In & out convenience store, kirana now Reliance fresh to keep their commitment of proper delivery within their working hours of 10 am to 7 pm and for the food deliveries which are peak and get heavy volume order request between 7 PM to 10 PM and might push their food delivery timing further to 11 PM in future.

Meanwhile Big basket who has roped in Shahrukh Khan in August 2015 as brand ambassador for an undisclosed fee is emerging as a front runner in this Grocery delivery section.  Abhinay Choudhari Co-founder of Big Basket who received IIMA’S young alumni achiever’s award in June 2016 for outstanding achievements and has raised $ 150 million (roughly Rs.1000 crore) in funding led by Abraaj group of Dubai in march 2016 to boost its growth chart further after achieving its target of five folds growth in monthly revenue stream in less than 18 months. Immediately after the funding Big Basket invested 90 crores to recruit more farmers for its existing network for private label business which comprises of fruits, vegetable, bread and staples which contributes revenue of 35%. They are also experimenting with many innovating strategies like by signing up for various electric vehicles to cut down its operating cost.

Smaller start- ups mainly focused on food delivery business were facing tough times since their entry as Restaurants are backing out from lean start-ups like runnr and Shadowfax for non-consistent and patchy deliveries accompanied with high commission margin. Few hotel owners confirmed High delivery fees up to 25% of food order price has made it unsustainable and made it the deal breaker. Restaurants also pointed at poorly dressed delivery boys and unacceptable delays of more than 2 hours in food deliveries, recooking and re sending the food and sometimes sending their own staffs were the main reasons for their exit. Restaurant owner also believes the core problem here is that Food delivery start-up fails to deliver the experience which they provide otherwise in their restaurants, Their  online order volumes are scaling up at the cost of walk in crowd hence  Food delivery startup are not adding to their Top line.

McDonald’s also closed their ties with Roadrunnr in west and south India. Food Start-ups initially heavily subsidized the restaurants for past one and half years to gain their trust but later they started raising this single digit commission to double digits commission up to 25% – 30% especially during festivals and public holidays

Runnr which was Roadrunnr earlier started delivering food directly to customers after it acquired Tinyowl in June, Townrush has pulled the plug,Opinio scaled down most of its operations and looking for further measures , Shadowfax is steadly maintaining itself from  decent volume of orders, Spoonfed launched its services in Dubai but shut its operations in Bengaluru. Tasty Khana got acquired by Food panda and who was doing considerably well for itself.

Food panda across 200 cities and network across over 13000 restaurants after tying up with Indian Railway Catering and Tourism Corporation (IRCTC) last year in November for its E-catering service and automating the order flow and increase its efficiency of operation with minimal staff levels is eyeing profit in next three years according to Saurabh Kochar (Food Panda CEO). The company backed by rocket internet has more than 2500 staffs in India alone. MacDonald’s also tied up with Food panda early this year.

In 2014 Online Food order penetration within the Takeout or take away segment was 4% in India compared to 25% – 30% in China but today the scenario and market demand is completely different.  By 2020 Food Delivery Business can grow up to $ 4.5 billion and an annual growth of 137% till then according to Morgan Stanley reports.